The Ones To Watch

Leading the way, with growing confidence and a tough training programme, their Senior men’s crew of four – most fresh from seats in the winning senior men’s fours races at Henley 4s and 8s open event in March – have now added to the Club’s excitement by winning the Open B 4+ rowing competition at Reading Regatta by half a boat length on Saturday 15 June.

Led by one of the Club’s most experienced Senior members at Stroke, Joe Donnelly was backed up by Adam Swain and Joe Mummery with Matthew Hunter at bow.

Cox Maria Mummery said: “They came for race experience and they certainly got pushed to perform by two very worthy opponents in both their semi final and their final races, but we’re delighted to bring home hard-earned medals!”

It places the four another step closer to qualifying for the Britannia Cup Race at the most prestigious event in the calendar, Henley Royal Regatta in early July.

Meanwhile, an extraordinary women’s quad sculling crew has been taking the Masters’ races by storm. 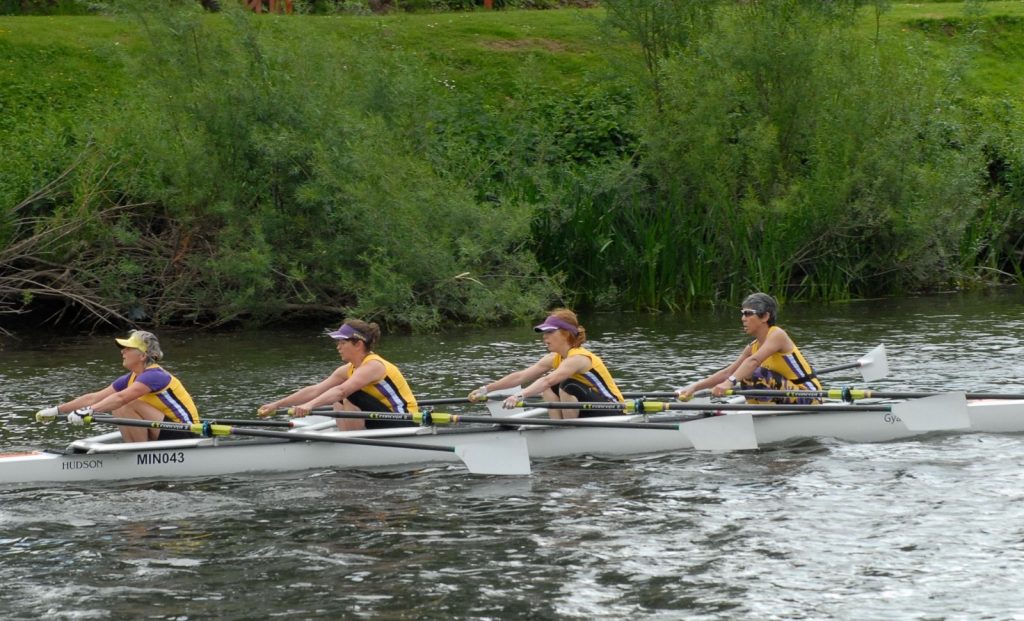 With a total crew weight of 220kg and all under 5’3” in height (unashamedly bucking the trend of the usual physiology for rowing) the four – known affectionately as the Pocket Rockets – pummeled their finals opposition to win at Monmouth Regatta a fortnight ago, but narrowly lost to the local Henley RC crew in Reading’s final, by just 2 ft.

Crew member, Laura Cowan said: “We had a good start and in the second we gained on them and held contact all the way down the course. The Henley crew have trained together for a very long time, so we’re pleased with that.”

They also turned out an impressive time over the popular Thames Tideway 6k course in March, finishing third in their class.

Now they face their peak challenge, against the current British Rowing Masters’ winners in their category – Eton Excelsior – who won at Strathclyde last weekend.The two crews will line up at Henley Masters on 12/13 July.

Minerva’s Junior is also tasting success this year, with selection for the West (WAGS and Wales) regional level under 15s competition for Nia Hadden.

Nia is gradually building up her race experience and gradually perfecting her race plan, under the close tutelage of a team of coaches, including 1960s British Olympian Arnold Cooke. 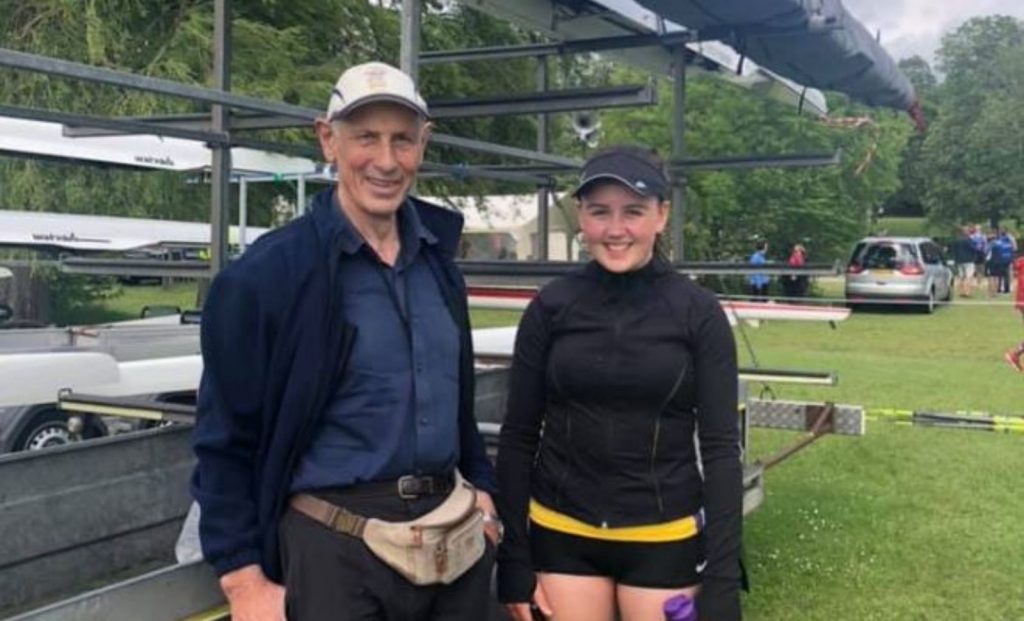 Arnold’s sometimes pair crewmate and multiple medal-winner Klaus Reikemann made up a composite Minerva – Broxbourne Masters’ Mens’ 8+ in the 65-69 age group (despite Klaus being 79 and crewmate Henry, 78). Not to be underestimated, they won by the biggest margin of Minerva’s day – three boat lengths!