A new visitor to Alkmaar and our twinned Dutch rowing club

Bristol airport at 5 am is never much fun – especially when your case is searched, underwear displayed to all and treasured rigger-jiggers get confiscated by a scorning security official – things could only get better! 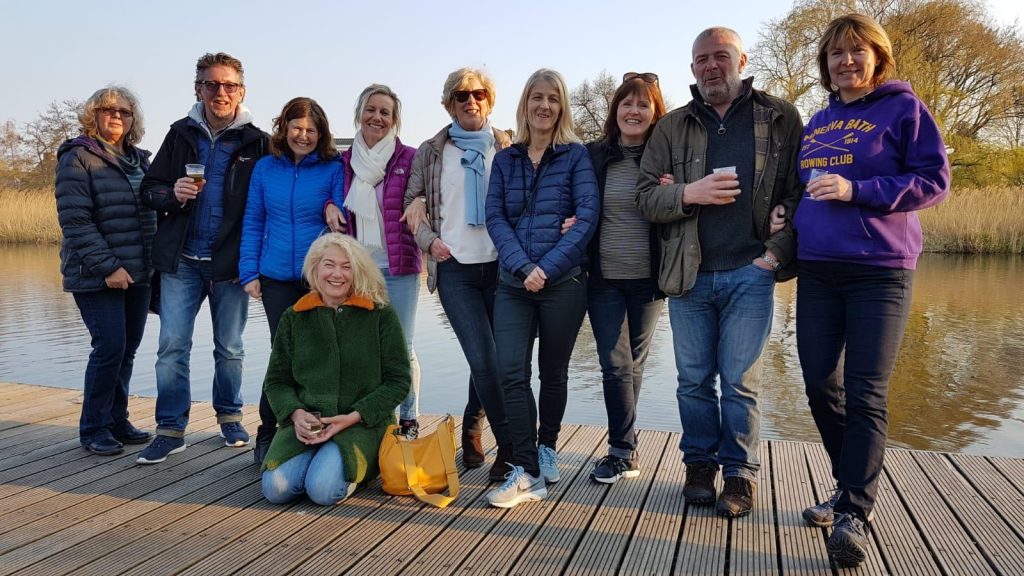 After a good flight and short train ride we arrived at Alkmaar to go our separate ways (to hosts’ homes, a hotel and an apartment), promising to meet at the cycle shop a few hours later. Those Dutch bikes were so big and sturdy, word was that cyclists had the right of way, and only 3 gears… just the job. We cycled to the rowing club for a pre-race row in our scratch VIII. 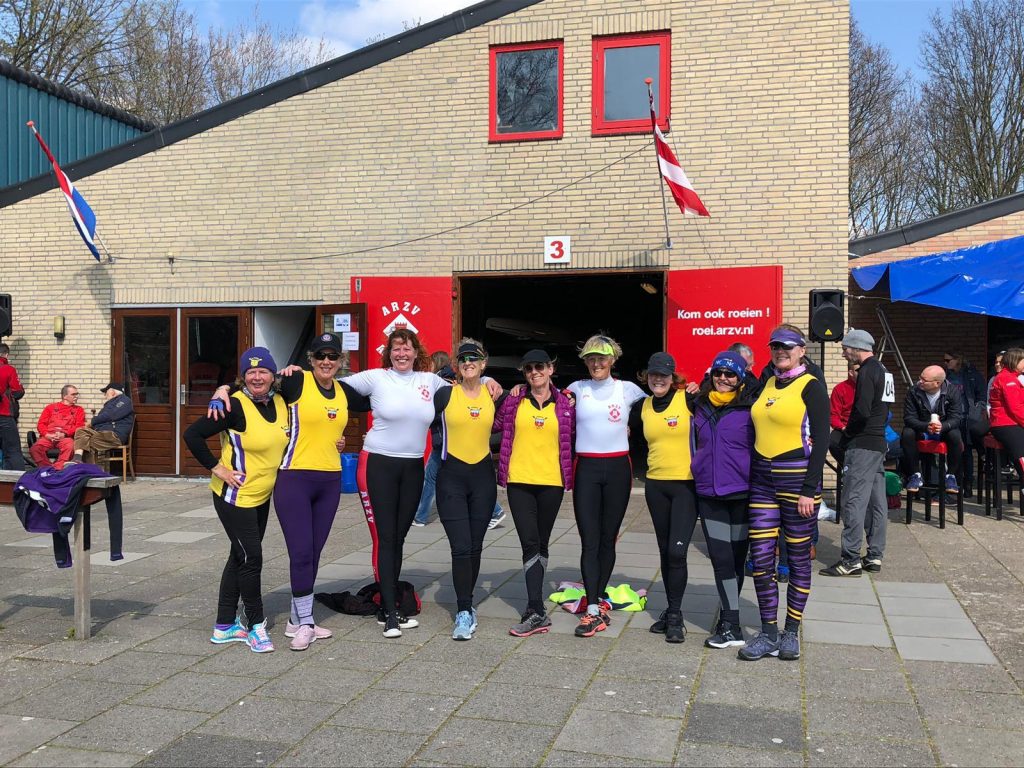 It was icy cold, but the river was really wide and straight! We passed iron bridges, wind turbines and windmills on the riverside. Poor Charlie was out in a single; one of the bridges caught him out and he capsized – but no drama – he was back in and off again.

On Saturday our hosts drove us to Hoorn where we clambered onto a steam train which puffed through the loveliest countryside to Medemblik – where we boarded a big old ship for lunch which took us to the Ziederzee Museum at Enkhuisen. It was so cold there was snow on the windows! The museum was great, though I did find a few Minervians in the café drinking wine by 2pm – guess who? In the evening lots of Alkmaar RC joined us for dinner at a restaurant in the town – a great turnout and an amazingly sociable night.

Sunday was race day (everyone was denying their hangovers). The weather was not as harsh as it had been. But the crunch happened when Alkmaar, with all of their meticulous planning and seamless organisation, realised that they had promised our allotted boat to another of the many clubs racing, to use in the same heat as ours. All was well in the end and so reassuring that they had the same sorts of hiccups as we do. We borrowed two of ARZVs rowers and had a great, clean 4k row.

That evening at our departure party they cooked us the tastiest food, the bar was open and a local band was playing, gals were dancing and the sun was shining.

Speeches, medals and the famous wooden spoon were still all to play for. Our Minerva Bath Rowing Club ladies VIII came second out of six – only 9 seconds short of winning. Minerva’s Charlie was single seconds away from winning as well (overcoming his capsize embarrassment). There were many likely winners of the wooden spoon: spanners confiscated, some idiot locked their bike in town and inadvertently swapped her keys with her buddy (caused quite a stir, post gin and tonics/lack of sleep – never pretty), Charlie’s excellent single capsize in freezing cold water within three hours of landing in the country, but Alkmaar swept the board with giving our promised 8 to another club for the race! They really deserved the spoon this year.